The indie of the month: Mother Earth Artists!

THE INDIE OF THE MONTH: Mother Earth Artists
(Published in the web magazine SIMBA on February 28th 2019)
Mother Earth Artists has only been a member of SOM - Sweden's Independent Music Producers - for about a year now, but the company has actually been around for almost thirty years. However, it is far from being an "ordinary record company" (whatever that may mean today ...). Mother Earth Artists has over the years devoted itself to "everything from stage production, phonogram publishing, artistic education and visual art to cultural policy, health and training".

Tell us how Mother Earth Artists started in the early 1990s!
- After over 10 years as employed artists in the institutional culture industry, we were a few artists who felt that we wanted to create a forum where artistic freedom could be applied, says Armand Gutheim and Charlotte Assarsson, who together run the company. It resulted in the start of Mother Earth Artists in 1991, whose name connects to the fact that art and culture in all its forms is global and that culture and environment are two sides of the same coin. At the time we also opened a music recording studio just a stone's throw from Polar Studio in central Stockholm - designed by the same architect!

How has it all been working through the years?
- One of the ideas with Mother Earth Artists was already from the start flexibility and versatility with openness and curiosity for everything cross-over and experimental. It harmonizes with who we are both artistically and personally, which means that we have focused to slightly different directions throughout the years. But it has always been with music as the base, and always with something important to say.
- This means that we have devoted ourselves to everything from stage production, phonogram publishing, artistic education and visual arts to cultural policy, health and training, and much more. Projects, collaborations and employees have naturally been coming and going over the years. But the fact that Mother Earth Artists, as well as the company's base Charlotte and Armand, still exist and have full activity after almost thirty years, may well be the answer enough to the question of how it has been working since the start. 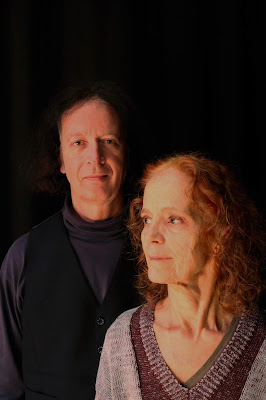 What has been Mother Earth Artists' greatest success since the start and have there been any things that for some reason have become a miscalculation?
- The base of our business is our own creativity and productivity. If you are such a person and invest, then it is in the nature of things that it may bring successes and sometimes setbacks. If you do nothing, you naturally avoid risks - which in itself also can pose a risk... Then it depends on which starting point you have when answering such a question. For example, it is a difference if it involves a project done on our own initiative or if it is a project on assignment. In addition, an artistic and financial success or adversity may not always go hand in hand.
- For our part, there is a lot we are happy with and which we gladly look back to. Then of course there are a few other things that we have completely forgotten by now! But we have never done any miscalculations in the correct sense of the word. If so, it would mean that we would have expected another outcome in relation to the expectations, which anyway is a relative thing in the same way as when we talk about surplus and deficit. Something we all know who are active within the industry is that you can never know, so when you invest you must always keep all eventualities open... For our part, we have always only worked professionally with a fairly natural relationship toward the winds that constantly are blowing back and forth in life!

How many titles do you have in the catalog in total and are there any that you are particularly pleased with, that is, some personal favorites?
- Mother Earth Artists has never been a regular record company, but instead a production company with occasional phonogram releases, often linked to a scenic production. On the other hand, many believe that the term "record company" is now out of date and that one should talk about "music companies" instead. That concept fits in better with us.
- Over the years we may have had about ten releases, and we are most satisfied with my own and my brother Allan's common CD "Columbus" (1992), Annika Ljungberg's solo project "In Paradise" (1993), Shocktilt’s "Heaven calls" (1993), Stormwind’s "Straight from your Heart" (1996) and the soundtrack to our own musical "The King’s Island Play" (1998), says Armand.
- And in recent years, Armand's CD "Beatles forever" consisting of Beatles music in his own arrangement (2011), Charlotte adds. 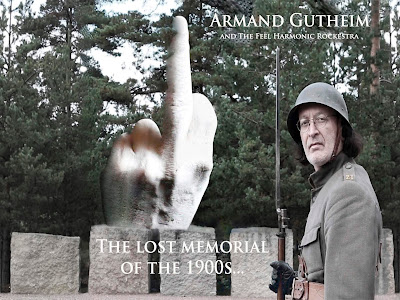 Tell me a little bit about what Mother Earth Artists are up to at the moment and what are your most current plans?
- The recording of Armand's forthcoming album has just begun on February 1st, but it’s still only a question of working with the basic tracks so far. Just like before, it may take the time it takes before the album is completely finished. A number of different assignments must also be carried out, and then Charlotte is as always responsible for the training activities at our Pilates studio here in central Stockholm.

Which music fairs and industry conferences have you taken part of and what is your view on the results of these?
- Mother Earth Artists participated in a number of music fairs in the 1990s, such as Entertainment’92, as well as similar events where you present what you have to offer, but in general, over the years we have not been particularly enthusiastic about this type of context. To create contacts and collaborations, there are other forums that provide much more opportunities and are more economical. But we never dismiss anything but respond to all opportunities whenever they come. An amazing resource we always keep an eye on and are taking part of as much as possible is Export Music Sweden.

Do you buy services or take help with such things as promotion and digital marketing?
- It is quite natural that we since the start in 1991 have needed different types of services, just in the same way as we have sold our services ourselves... The main needs have naturally been economic and manufacturing services, but not least also advertising and marketing services. However, it is something that has changed over the years, and mainly this is due to what we have produced from time to time. For example, when we in the 1990s and 2000s were responsible for several stage productions at some of Stockholm's private theaters, the recurring advertising page of the private theaters in the daily press was, naturally, something we frequently used.
What has been the biggest change is undoubtedly the arrival of the social media. They are today a natural advertising forum for everyone, and we use them quite diligently. But it is still a forum of constant change, so it is important to keep up to date with what is going on.

Are you also working on the music publishing side?
- All my own music, and all the other music that Mother Earth Artists has released over the years is placed with us - besides the Beatles’ music, of course! This means that since the start in 1991 we have, among other things, a publishing agreement with STIM – the Swedish Management Organization for Music Creators and Publishers.

What do you see as the difficulties and benefits for being an indie?
- Most people probably agree that the term "indie", or "independent", is quite strange, isn't it? For what is it we are supposed to be "independent" from...? Regardless of size, everything is based on collaboration and interaction with others, so for us, the term "indie" can only be synonymous with our own artistic freedom. As long as we can keep on doing what we want to do, and in the way that suits us, we are happy and satisfied. Then it belongs to life's realities that everything is for both good and bad…

Mother Earth Artists has been a member of SOM since last year. What expectations and hopes do you have on the cooperation within the organization?
- SOM we naturally know since a long time, but for various reasons it took us as long as until a year ago to apply for membership. Just like other organizations of this kind, it is mainly about industry affiliation and industry community, about exchanges of knowledge and experiences, about giving and getting information and support, and so on. Although it also may be some kind of guild thinking with the whole thing, it has the positive result that no member ever needs to feel alone. For our part, we are very pleased with the membership so far...

How do you generally see the situation in Music Sweden right now?
- We have worked for so long in the industry by now, so we can state that much has changed since we took our first steps already in the late 1960s. Again, changes are always for good and for bad. But in general, one can nevertheless conclude that there are very good conditions in the Swedish music industry today, with opportunities that certainly did not exist before. One has to admit that the digitization in society is particularly favorable for so-called "indie companies"... But ultimately, it's just what you deliver that counts in the end...
Claes Olson